Outstanding service is always front of mind for Ulla Hefel Böhler, COO at The Travel Corporation (TTC). This has inspired her to focus on using travel as a force for good, over her last 15 years working for TTC.

Born in a small town in Austria, Ulla lived in Florence, Venice, London, Sydney and Melbourne, before she decided to settle in Switzerland in 2016 with her husband and two young boys. Ulla has held a passion for travel from a young age, something that led her to attain a bilingual degree in tourism and economics from Ca’Foscari university in Venice.

Her career started in the hotel industry, firstly in the front office, before moving to reservations and management. Next, she moved into the river cruise industry, starting off on board before transitioning
into the office as European Operations Manager for Vantage Deluxe World Travel. She joined Uniworld in 2005 as Director of Program Services and Contracting, before being promoted to Director of Operations for The Travel Corporation (TTC) in 2009. In this position she oversaw operations for their main guided holiday brands; Insight Vacations, Luxury Gold, Trafalgar, CostSaver, Brendan and Grand European Travel. In 2016 she became Vice President of Special Projects at The Travel Corporation before moving into a CEO role in 2017. She has recently been named the Chief Operating Officer.

Ulla speaks English, German, Italian and French. This benefits two of her passions; bringing people together in high functioning teams and putting the guest at the heart of everything – she is able to communicate with a variety of different people in their mother tongue.

A firm believer in “if you decide to do something, you should put your heart and mind into it”, under Ulla’s leadership, Insight Vacations and Luxury Gold have delivered consistently excellent quality, service and value. 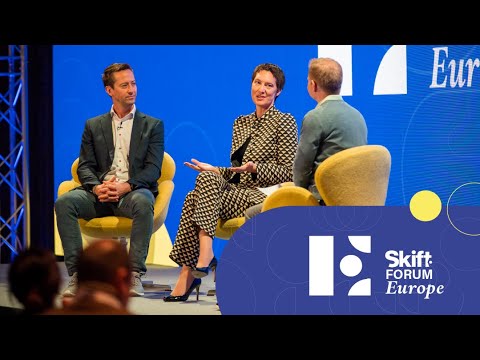