Expedia Group is the largest online travel company in the world with an extensive brand portfolio that includes some of the world’s leading online travel brands, such as: Expedia.com®, Hotels.com®, Hotwire.com®, Expedia® Affiliate Network, Egencia®, HomeAway®, and trivago®.

Until late 2010, Mr. Diller spent 15 years serving as the Chairman and CEO of IAC.

Before IAC, Mr. Diller served as the Chairman and CEO of both QVC, Inc., from 1992 to 1994, and Fox, Inc. from 1984 to 1992. At Fox, Mr. Diller was responsible for the creation of Fox Broadcasting Company. Prior to joining Fox, he served for 10 years as the Chairman of Paramount Pictures Corporation, and was previously the Vice President of Prime Time Television for ABC Entertainment.

Mr. Diller serves on the board of The Coca-Cola Company and MGM Resorts International. He is also a member of The Business Council. 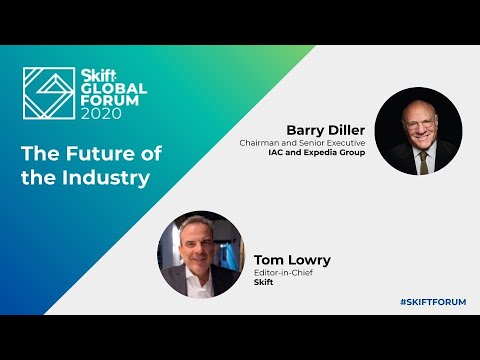