Executive Board Member of IT and Future Markets
TUI Group

Frank Rosenberger joined TUI Group’s Executive Board in 2017, holding responsibility for IT and Future Markets. Prior to his appointment to the Executive Committee of Vodafone Germany, he held various management functions across Vodafone and Mannesmann. He started his professional career in 1994 after graduating from the Technical Universities of Darmstadt and Helsinki with a degree in Industrial Engineering and Management.

During his many years of service for the Vodafone and Mannesmann Group, he was involved in the development and commercial market launch of numerous innovations and new services and technologies, such as UMTS and LTE and the launch of SMS services and the CallYa prepaid offering. Working for the Vodafone Group, he also rolled out the multi-media portal Vodafone live! across the Group, the precursor of today’s mobile internet solution used on modern smartphones. 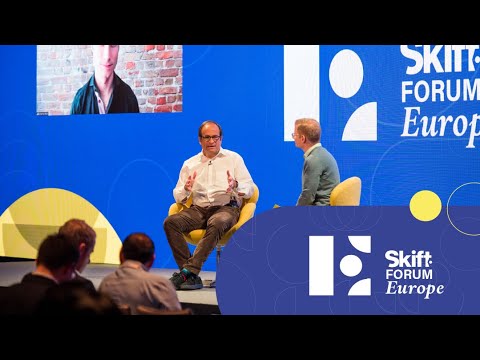