Malcolm Roughead OBE has been Chief Executive of VisitScotland since September 2010.

A graduate in Modern Languages from the University of Glasgow, his experience covers senior international and UK-based marketing roles with companies such as Guinness World Records, Guinness Brewing Worldwide in Europe, Africa and the Middle East, Nestle and Beechams.

He joined VisitScotland in May 2001 as Director of Marketing and went on to be named ‘Scottish Marketeer of the Year’ at the 2004 Scottish Marketing Awards. In 2005, he was recognized by Queen Elizabeth II of Britain when he received an OBE for services to tourism. He’s also a Fellow of the Institute of Direct Marketing and a Fellow and former Chair of the Marketing Society in Scotland. Malcolm has been responsible for the repositioning of Scotland as a leading tourism destination.

Under his leadership, VisitScotland became the first national tourism organization in the world to declare a climate emergency and join the Tourism Declares initiative.

VisitScotland was also on the drafting committee of the Glasgow Declaration on Climate Action in Tourism, which was launched in November 2021 at the UN Climate Change Conference COP26 in Glasgow. 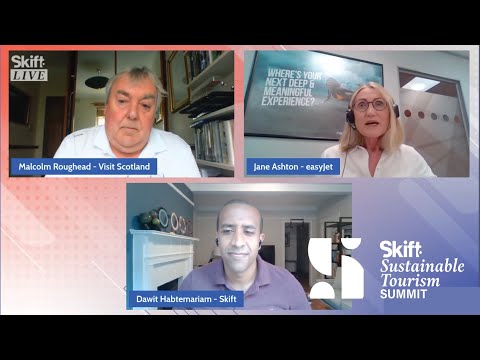