A driving force in the Caribbean tourism industry, Petra Roach brings a wealth of travel experience and expertise as the CEO of the Grenada Tourism Authority, a position she has held since July 2021. She was previously Head of Global Markets for Barbados Tourism Marketing Inc, after serving as the Director of the U.S. for four years, where she oversaw some of the island’s most successful campaigns. Before making her mark in the U.S., she held the position of Vice President in the UK for 12 years and interim CEO during the restructuring of the (then) Barbados Tourism Authority to the Barbados Tourism Marketing Inc. (BTMI).

She is the recipient of three high-level awards in the UK, including the coveted British Travel Awards Personality of the year, Caribbean World – Caribbean Personality of the Year in 2013, and, in 2014, was recognized as one of the “Top 60 women travel executives in the last 60 years” by the Association of Women Travel Executives (AWTE). Additionally, under her leadership, the Barbados UK office was the recipient of several accolades, including Best Tourist Office at the TTG Travel Awards, the Travel Weekly Travel Awards, and Selling Long Haul.

Roach is a member of the Chartered Institute of Marketing, a Fellow of the Institute of Travel and Tourism, and has also been on several boards, such as the board of the Branson Centre for Entrepreneurship, Sport for Life UK and the Caribbean Tourism Organization, UK Chapter.

Under her tutelage, Barbados saw consistent annual growth from the USA market, breaking a 30-year record for highest visitor arrivals in 2017. In 2018, the USA arrivals breached the 200k mark – the highest visitation ever.

She was recognized at the 30th Annual Virtuoso Travel Week Conference and named the 2018 Ambassador of the Year – the first individual from the Caribbean to receive this prestigious award. Barbados also received the highest honor as Best Tourism Board Overall in the USA at the 2019 Travvy Awards, as well as two Silver Awards in Best Destination Overall and Best Honeymoon Destination in the Caribbean/Bahamas.

Petra continues to be a game-changer and force in the Caribbean. Travel inspires her, and she is focused on ensuring that it continues to play its role in improving tolerance of other people’s cultures and differences. 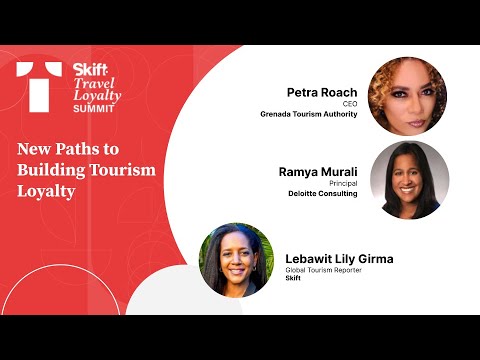